FRAMINGHAM – Yesterday, at a meeting of Massachusetts Voluntary Organizations Active in Disaster [MA VOAD] at the Massachusetts Emergency Management bunker in Framingham, the coalition reorganized its board after one if its Co-chairs stepped down

VOADs were created in every state in 1969 following a situation that arose in 1969 when many non-profits rushed to Louisiana in an uncoordinated manner to help the victims of Hurricane Camille. Since then, the majority of non-profits assisting with disaster response have coordinated their actions as VOAD coalitions in coordination with local, state and federal emergency management. 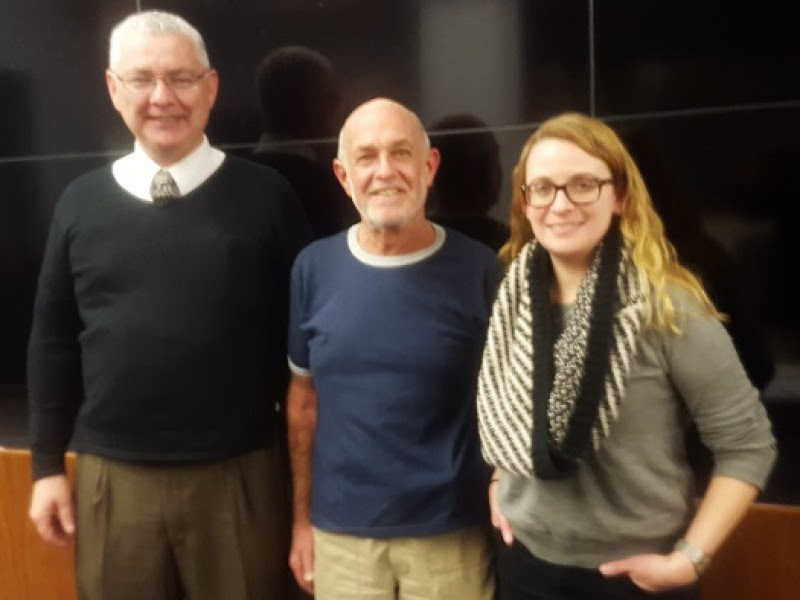 Massachusetts VOAD operates off an organization chart and has three board members which are Chairman, Vice-chair and Secretary. The Vice-chair runs the production divisions, Secretary is in charge of establishing and expanding the coalition and the Chairman oversees all activities. For the past year, there have been two Co-chairs who share the roles of the Chair and Vice-Chair.

Former Co-chair, Paul Leslie, of the Salvation Army stepped down recently as he was assigned to another position in the Salvation Army which has always been a disaster relief leading in the state. With that, Secretary Sara Hamilton of Boston Cares moved up to Co-chair from her Secretary Board position to join Larry Rosenberg of the American Red Cross as Co-chair. Kevin Hall of Church of Scientology Disaster Response moved back to the position of MA VOAD Secretary which he previously held for over two years. Hall will also remain with MA VOAD on his Public Relations Director position while holding Secretary unless another VOAD member would like to assume the role of Secretary and the coalition votes in favor of the position change.

The Board and its members feel that the coalition will remain strong in its ability to assist those in need during times of disaster as all three board members are very experienced.

This entry was posted in News. Bookmark the permalink.